Dominican Andrew Armour, has been called the “Whale Whisperer” because of his ability to communicate with sperm whales.

Just an amazing story. No wonder Dominica is referred as the Whale Watching capital of the Caribbean, and is one of the best Whale Watching Destinations in the world.

Thanks Dominica for being whale friendly. Because whales are truly amazing creatures.

FYI – Not only is the Dominica whale-friendly, they also are ocean friendly having established two Marine Reserves and are currently working on creating a third.

Antigua and Barbuda To Maintain its whaling tance 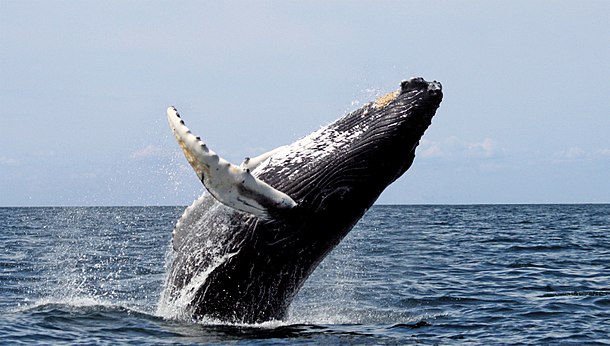 Antigua and Barbudaâ€™s Commissioner, Ambassador Anthony Liverpool will join with other Caribbean and International partners in deliberating on a wide range of scientific and administrative issues relevant to the functioning of the IWC.â€œAs a member of IWC, Antigua and Barbuda is well placed to support the harvesting of whales through the establishment of proper scientific management systems.

â€œThe Whaling Commission has the management authority only for the 13 species of large whales including the humpback whale harvested by the people of Bequia and according to scientific data, several of these whale stocks are abundant and that the take of a relatively small number for food in areas such as the north Atlantic, north Pacific, the Caribbean and the Antarctic will not affect the nature or abundance of whale resources or whale-watching opportunities”, Liverpool said.

He noted that as a small island state Antigua and Barbuda build alliances with international partners who respect our cultural values and support our efforts to develop the countryâ€™s fisheries sector.

â€œOur position is very clear and we will continue to support the sustainable utilization of marine resources including marine mammals in a way and at a rate that will ensure that it lasts for generations to come”, he pointed out.

Liverpool further stated that although he respects the views of those persons who are opposed to whaling, he is disappointed in the level of propaganda and disinformation that is used to generate emotional discourse and threats against the government and people of Antigua and Barbuda.

â€œAs a tourist destination we welcome visitors from all over the world irrespective of their views and aspiration in life and therefore expect international organizations and individuals who disagree with our position to have some respect for our views and desist from making threats against our livelihood”, Liverpool said.

â€œAs indicated before, our position at IWC is based on tolerance and respect for cultural values, the right of fisher folk to earn a living and adherence to the International Convention for the Regulation of Whaling (ICRW) and other relevant national and international law such as the Convention on Biological Diversity (CBD) and the Convention on International Trade in Endangered Species (CITES) as well as the need for science-based management, policy and rule-making”, he added.

â€œI believe that it is time for the IWC to move toward more productive and meaningful discussions that will bring the organization back to its fundamental purpose of regulating catch quotas at levels so that whale stocks will not be threatened”, he said.

Liverpool indicated that, though Antigua and Barbuda is not engaged in nor has a tradition of whaling, access to its marine resources, including large whales which form part of the vast marine resources, is a fundamental right that should be protected by all coastal states.

He noted that IWC adopts resolutions relating to marine pollution, maritime transport, fisheries by catch, whale watching, the catching of small whales and dolphins and similar issues of direct interest to Caribbean people, some of which are considered to be outside the competence of the IWC.

This means that the sovereign rights of Antigua and Barbuda in matters of fisheries, maritime shipping and oil and gas exploration can be affected in the long term