Be Sure to Read LIMEâ€™s Million Dollars Christmas Competition Rules

Last week, when LIME (formerly know as Cable and Wireless) announced on the radio that they will be giving one lucky winner US$1 Million. Like everyone else I was eager and was ready to enter my chance, but not before I read the terms of service/ competitions rules. I like to know what I an agreeing to.

Here are a few things that stood out to me.

This competition is open only to Cable and Wireless Dominica Limited fixed line, mobile and Internet customers classified as residential, who are legal residents of Dominica and aged eighteen (18) years or older. In the event that a selected prize winner is under eighteen years, then the prize will be handed over to the winnersâ€™ parents or legal guardian.

By entering this competition participants warrant and represent that they are legal residents of Dominica. In the event that this warranty and representation proves to be false any prize(s) will be forfeited.

You will be charged $2.50 everytime you text.

Participants who enter the competition via text messaging will be charged $2.50 (VAT inclusive).

Cable and Wireless holds the rights to disqualified anyone if?

Your account must be active and good standing to be eligible.

To be eligible to win, participantsâ€™ accounts must be active and in good standing at the time of the prize draws.

Something also worth mentioning is that by entering this competition, youâ€™re agreeing to allow Cable and Wireless to use their name, likeness and/or voice in any media whatsoever including press, print, radio and television, for the purpose of advertising, trade or promotion without further compensation.

In past seven years Cell phones have become somewhat a necessity in very Dominican everyday life.

In fact cell phones has become one of the biggest consumer products throughout the Caribbean; prices of Cell phones are dropping faster than internet broadband prices.

With the all the hype on wireless technology, people are not stopping to think about the affects cell phones can have on the body, especially on your brain waves. If youâ€™re slowing down lately at work or at school, It could be result of you using your cell phone too much.

Check out details of new research in Septemberâ€™s International Journal of Neuroscience. It speaks for itself, Cell phone do have advert affects on the human brain waves.

Not necessarily â€¦ if you agree that a higher focus on details makes up for slower work. Well! This trade-off still sounds a bit scary if you after a sometime reduce mental speed. Do you agree?

Could the trade-off of deeper focus benefit people more than loss of speed? I’m curious to hear your comments.

Is VOIP Getting Bigger in the Caribbean? 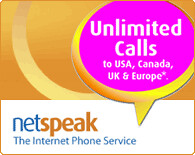 I have taken sometime to speak to a few people about the new service and to my surprise very someone I spoke to had some great views about the service. I started asking myself this question (why is cable & wireless is offering this service?… wouldn’t they loosing money with their fixed land lines. I will try to talk with someone at marketing to justify the logic behind this service.

After glancing through the Netspeak website, found that is a great new way to make and receive phone calls using your broadband or high speed Internet connection instead of your standard phone line. People are not aware that Netspeak allows you to have one free USA/Canada telephone number, which mean family and friends can call your USA/Canada number at local rates.

Here’s what you need: