With the anticipation of The Real Mas 2009 at its peak, the official parade and opening of Dominica Carnival 2009 got on the way from the Dame Eugenia Charles Boulevard to the Carnival City (LIME City) at the Pottersville Savannah.

The Streets of Roseau literally came alive with sights and sounds of the Real Mas 2009. Hundreds of spectators gathered along the Carnival route to a catch glimpse of the opening parade and to welcome in the 2009 Carnival Season.

Despite the limited resources for this yearâ€™s carnival, due to the global financial situation, many bands and gangs came out to take part in the opening parade. Flag Wavers, Bwa Bwas, Sensays, HiFi Bands, Go Girls Band, Carnival Cornerâ€¦ the seven beautiful Carnival Queen Contestants and the reigning Carnival Queen Marah Walter were all in attendance.

BTW: this year the Dominica Festival Committee has made some changes to the Carnival Monday and Tuesday jump up. The usual parade of bands will now be held on Tuesday afternoon because of the persistent conflict with late J’Ouvert revelers. The T-shirt bands will parade on Monday instead of Tuesday.

Here are some scenes from the Real Mas 2009 – Opening Carnival Parade. Enjoy ❗ 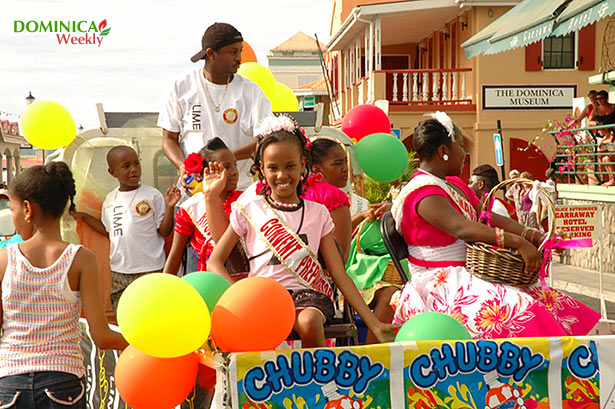 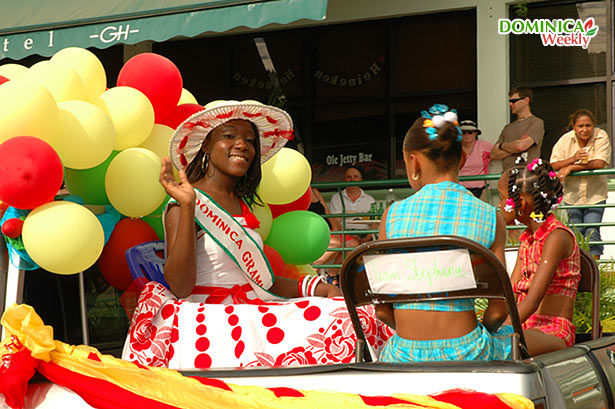 Thanks for the pics,

Loving the photo’s, excellent as always. Keep up the great work which you are doing.

wat u kno u about Dominica carnival… mind ur business plz..

Thanks For the pictures. From what i understood i didin’t miss any thing this year. Heard the parade sucked but it’s good to see people took part in it.
Guess DFC put all there money into Music festival.

Thanks for the pictures

pinny you are not from Dominica so stay off this site who gives u the right to comment about our carnival, you have yours and we have ours ur country is much bigger than ours and has more money so how can u compare the two. Please be constructive and stop trying to bring our country down and go fix yours.

OH PINNY KEEP YOUR SHIT TO YOURSELF IF U DON’T HAVE NOTHING GOOD TO SAY….
DOMINICA CARNIVAL ANYDAY OVER TRININDA…I WANT MY LIFE AND FEEL WAY SAFER IN A DOMINICA CARNIVAL THAN TRINIDAD……SAY OUT!!!

Thanks for the excellent photos as they say a picture is worth a thousand words.the picture proves that dominica has the most original carnival in the world.It is basically a showcase of the traditions and culture of the nature isle of the caribbean no wonder vistors enjoy our carnival.in addition our carnival is a reflection of who we are, what we do and how we do it.as they say actiion speaks louder than words so with our carnival we show them how WE RUN TINGS!!!!!!!!!!!!. to PINNY or PINKY or whatever your name is your criticism just shows how bias and narrow minded you are.yes trinidad and tobago is noted for their extravagant carnival and we are well aware of that but here in dominica we do things our way we dont follow,copy or borrow.AS I mentioned earlier we are 100% ORIGINAL. and EVERY YEAR its gonna get bigger and better.

dominica carnival is great whenever i visit

Thank you for the photos. We are looking forward to the final festivities.

Does anyone know when to arrive in Roseau for the final parades?

The picture of miss teen contestant looks lovely. crown should be yours. MOST DEFINITELY. The other photos are great but there should be more pics of the other contestants, carnival revelers and bands

Trini….. KEEP YOURS THOUGHTS AND WORDS TO YOURSELF, WE ARE NOT INTERESTED.
US DOMINICANS DONT HAVE TIME FOR PEOPLE LIKE YOU………